A dramatic capture of a rocky promentory silhouetted against rainy mists running up distant mountain sides on the British Columbia coast. “South of Squamish”, epitomizes the British Columbian coast. The hillsides, conifer groves, rocky promontories, the sea-level fog clouds that, blown by the breeze, rain their way up the hillside to become mist. There might be superior depictions but not by much.
South of Squamish has won ‘best in show’ bestowed by a judging panel with genuine credentials. It has also been dismissed, on two separate occasions, by jurors who deemed it: “Photoshopped”! Apparently too good to be true. Yet minimal post processing has been applied. This is the real deal.
What is going on here? Photojournalism contests are widely reported wherein artistic merit is subordinate and verbatim reportage paramount. The trick is to deliver aesthetically pleasing images without any compromise whatsoever to journalistic principles. No cloning! No artistic licence! No editorializing. Verbatim reportage or nothing. In advertising and similar gendres, verbatim rules justly apply. Photography, beyond such circumscribed specialties, is exempt from such rules just as painters, sculptors and others are. No painter has ever been accused of “paintshopping” tourists, or anything else for that matter, in or out of a scene.
Camera-based art is as legitimate as paint-brush based art. It is irrelevant how it got there.
South of Squamish has been the victim of ignorance and incompetence. 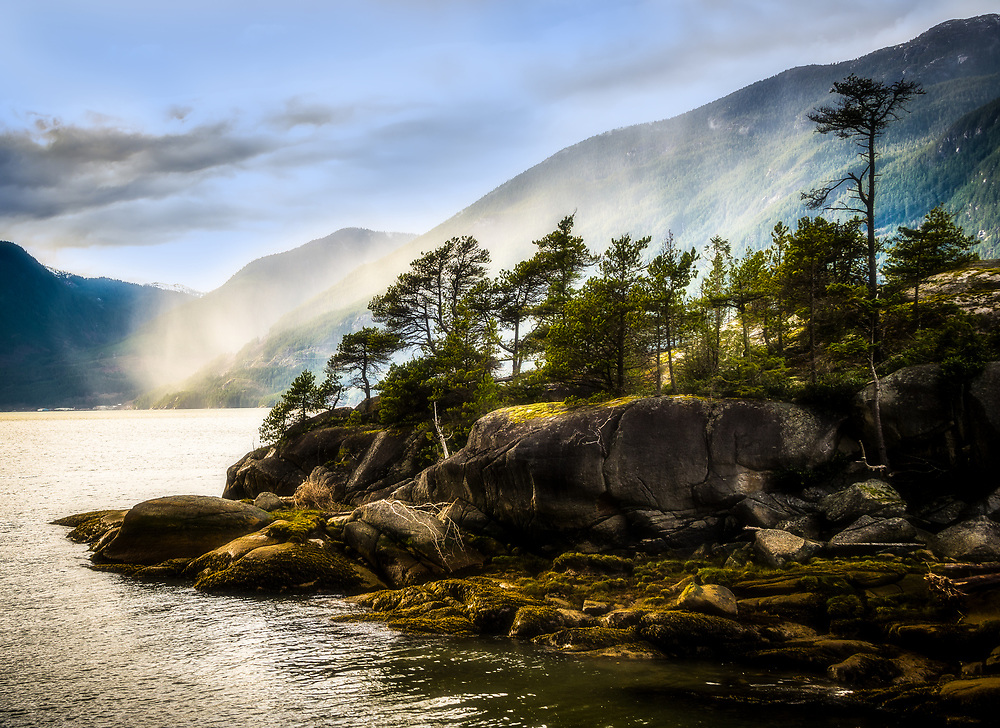 Please note: These images are colour-calibrated. Some browsers mess things up. If images look distorted or overly saturated, please use a different browser.